I recently got a custom order for a DIY twin floor bed with rails. I was quite excited to take on this project since I love how the bed looks. My kids already have a bunk bed so they don't need it. To be fair, they have already outgrown the rails thing. So with a lot of enthusiasm, I took on this project, and oh my, I had so much fun!

It is a relatively easy project to make and could be done by beginners. Since the bed is on the floor, it makes it so much easier to build.

Overall it took me about 3 hours to build and assemble it and about 4 hours to cut and sand all the wood. Sanding took the longest time but it's a necessary evil when comes to furniture building.

The challenge was also in the weather. Since I don't have a heated garage I had to brave the cold. I definitely had to take more breaks for hot tea than I'd like. But the end result is fabulous and now one very happy boy has a bed to sleep on.

I have printable plans for this build with a step by step instructions, a cut list, etc. That would make building this bed a breeze.

Thank you for your small support of my business.

As I mentioned before, preparing the wood took the longest time of this project. When I was done, the assembly didn't take long.

When making furniture I like to cut off the edges of construction lumber and square them. I did it using my table saw. Set the table saw on ⅛" less than the board and cut it off.

If you want to make this project cheaper, then get 2x2"s from construction lumber. It would take you longer to prepare and sand it and you probably would have to cut off the edges too, unless you like the rounded edges.

I went the easier route and purchased 2x2"x8' in select pine. The crispy squares edges of the boards saved me so much time and made it look super nice but they are pricey. At the moment 2x2" costs over $13 in CT. Since we needed 10 of them, it added up being more expensive than I anticipated.

So what will we need to make a DIY twin floor bed with rails? 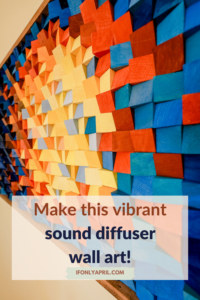 Step 1. Cut and prepare the wood

Cut the wood according to a plan. Sand it thoroughly using 80,120 and 220 grit sandpaper. Always make your way up in numbers to archive the smoothest finish possible.

You'd need to make a lot of the same cuts for this project (like rails, for example). To make sure that they all are exactly the same length, create this simple stop block on your miter saw. As a result, you'll get perfectly cut boards.

Ugh, that took a while.

When all wood was prepped and ready, I made two identical sides.

I used a Kreg jig to make pocket holes on the bottom, since it will be covered with the mattress they won't be visible. As an alternative, you could use 4" screws and drive them through the 2x4"s.

Add two 2x2x24" boards on the ends of the sides. I used 2 ½" screws for that and simply drove them through the sides.

It's worth mentioning that I used a countersink bit so the screws are flush with the board.

Attach 2x2x39" on the top of the rails. Also, use a countersink bit so the screws are flush.

Step 3. Assemble the back side

Take 2x4x76" and following the same steps as making side rails, attach rails to it. Use Kreg Jig to make pocket holes.

To assemble the side it was easier for me to keep it on the plywood sheet since I didn’t have enough space on my workbench.

If you are following my plan, pay special attention to the distance between the rails. It’s slightly different from the sides.

Attach 2x2x76" On the top using 2 ½” screws and countersink bit. Make a pilot hole before using a screw.

Step 4. Assemble the front side

Take another 2x4x76" and attach rails to it following exact same steps as before.

When assembling the front side pay attention to what side the entrance will be on. Originally I had planned to make the entrance on the left side but I made a mistake. I realized it was the wrong side only after I already attached the rails.

Sadly, it was too late to fix it, unless I’d start over again. Luckily, my client didn’t mind and I could leave it this way. But make sure to pay attention.

Step 5. Attach all the sides together

Sand all the sides again with 220 grit paper.

Until the assembly of all the sides, I could use a garage, but it would be best to put it all together inside.

This part is very straightforward - use 2 ½” screws to attach all the sides. Pay attention to where you drive the screws on this DIY twin floor bed with rails so they won’t cross.

PIN IT TO MAKE LATER

I cut the plywood sheet @39” strips to make the slats. If you won’t put a plank in the middle the slats might break, so they need additional support.

For slats, you could also use 1x3”s or a full sheet of plywood. Whatever you have on hand.

And this is it! This adorable DIY twin floor bed with rails is ready!

You can download the printable plan with a cut list, step-by-step instructions, and 3D images of the build.

Are you planning to make one for your kids? If you do, tag me on Instagram @ifonlyapril so I can brag about your build. As always, if you have any questions don’t hesitate to contact me.

« DIY asymmetrical Christmas wreath with wooden houses
When cement and epoxy collide. How to make a gorgeous DIY trinket tray »

The most challenging and rewarding thing I've done

A sneak peak on the project that I started back in

How funny is that the day of my glorious return I

How do you deal with a burnout? I found that talk

We can do hard things. I've learned that from @gle

I never thought I could build a brick hearth, espe